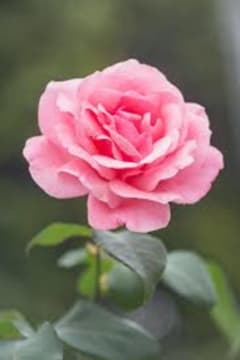 Joyce was born September 27, 1929 to the late Dennis and Margaret (Coyne) O’Brien. She graduated from Duquesne University and worked 35 years as a geophysicist for Gulf Research in Pittsburgh, PA and Houston, TX. She was preceded in death by her two brothers, Dennis and William O’Brien and two nephews Dennis and James O’Brien. Joyce is survived by ten nieces and nephews: Kathleen Williams, Constance Kocis, Patricia Glancy, William ‘Billy’ O’Brien, Elaine Lesnak, Daniel O’Brien, Janet O’Brien, Judy O’Brien, Thomas O’Brien, and Kevin O’Brien. She is also survived by 19 grandnieces and nephews and one great-grandniece. Visitation will be held privately. Friends will be received at her Mass of Christian Burial on Wednesday, April 7, 2021 at 10:00 a.m. in Our Lady of Hope St. Gabriel of the Sorrowful Virgin in Whitehall. Memorial contributions may be made to Merakey Allegheny Valley School- 1996 Ewings Mill Road, Coraopolis, PA 15108 who care for her nephew with special needs. Arrangements handled by the John F. Slater Funeral Home, Inc., 412-881-4100, 4201 Brownsville Road, Brentwood 15227.

I knew Joyce as my first professional boss at Gulf Research from 1981-1984. She retired from Gulf a year later and I moved on, losing track of her. I worked for her in the Gravity and Magnetics department of Gulf Research. I remember she told stories that she was first hired there as a computer - a human calculator - working under the great Sigmund Hammer. She moved up through the ranks and when Hammer retired, she was handpicked to take over. She was a tough-as-nails boss in a man's world, but she could hold her own and often fought the right battles, winning nearly every time. She was short and round and roughly my mother's age. But she had a huge personality and a big presence. She was very devoted to the job, even though she was a Pittsburgh girl and didn't much like Houston. Though she was tough, she was great to work with and served as a terrific mentor to me in my first job just out of college. One interesting story I'll share that shows something of her character... It was 1980, the heady days of the oil boom when it was difficult to find qualified professionals. I was brought in to Houston to interview with Amoco - they paid the bills, but Amoco brought me in during the SEG convention so I had the opportunity to visit the convention floor and play the field. It just so happened that Joyce was manning Gulf's recruitment booth at the convention. I told her I was being interviewed for a seismic position but my love was Gravity and Magnetics. On the spot, she arranged for me to be interviewed a few days later at Gulf Research in SW Houston. But since I was an impoverished graduate student, she arranged for new hotel accommodations, some walking around money and new plane tickets. I think it was a Friday (when I would have otherwise flown home on Amoco's nickel) when I interviewed at Gulf and she all but offered me a job. The next day I was to fly home, but while I was sleeping, someone broke into my hotel room and stole my wallet containing my cash and plane tickets. I was totally stranded in Houston with no place to go! I had Joyce's business card so I called her. I think it must have been her personal home phone number. She was sound asleep and I woke her telling her of my predicament. She called the hotel front desk and with her personal credit card she arranged a new ticket for me and some cash to get me home. I was certain I was out of the running for the job now! But that didn't happen, she wanted me more than ever. When I showed up for my first day of work about 10 months later, I was given a $3k raise from my original offer. I think she felt sorry for me. - David Chapin
- David Chapin
Joyce was a lifelong dear friend to my late aunt, Mary Donahoe. We have many good memories of her kindness and thoughtfulness, especially to my grandmother Rose Donahoe. I remember her being happy I was attending her alma mater, Duquesne University. Joyce was a trailblazer in breaking the glass ceiling at Gulf Oil for women in her chosen field. We were saddened to learn of her passing, may she rest in peace. Joe Tommarello and mother, Dolores (Donahoe) Tommarello
- Joe Tommarello