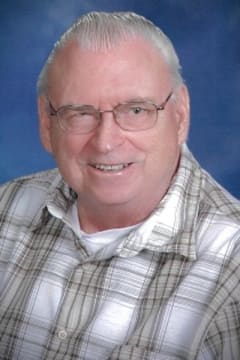 Dale had a strong faith in his Lord and was a member of the Zion Lutheran Church, Brentwood. Dale forgot no one; his daily prayer list was long.

Dale was a graduate of Carrick High School. He started his long banking career with Brookline Savings Bank as a loan officer. Dale retired from National City Bank as a collector. Dale was a big fan of major league baseball. He looked forward to watching as many possible games of the Pittsburgh Pirates, along with other teams as he could watch in a baseball season on television. Dale was also active in social clubs within his apartment complex and enjoyed bingo and other games that would be played. Dale especially looked forward to traveling to Arizona on a yearly basis to visit with his brother and sister-in-law.

Visitation and services will be held privately. Arrangements by John F. Slater Funeral Home, Inc., 412-881-4100, 4201 Brownsville Rd., Brentwood 15227. His family and friends are asking that in lieu of flowers, any donations be made in his memory to Zion Lutheran Church, 4301 Brownsville Road, Pittsburgh, PA 15236.

A gentle man, soft spoken and always friendly. I knew Dale as a patient in the the dental office where I worked. My deepest sympathy to Dale's family. Patty
- Patricia Perry
We are very sorry to hear of Dale's passing. My husband Tom and I knew Dale from our SilverSneakers water class at Healthtrax. He was always kind with a pleasant smile. He will be missed and will be in our prayers. Tom and Lynda Ritter
- tom ritter
I always felt special because I had two godfathers. I will always be thinking of Dale and David. Rest In Peace
- Lynne Behrendt