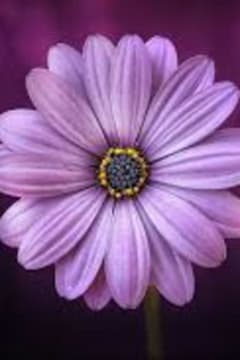 Age 91 of Brentwood, PA on March 25, 2021. Father of Kathleen A. Rickard and Maurice H. Rickard Jr. (Patricia Curry) and Grandfather of Leo M. Rickard and Benjamin C. Rickard. Predeceased by his wife, Maryann C. Rickard on April 21, 2017 after close to 56 years of married life, parents John L. Rickard Sr. and Frances H. Rickard, twin brother John L. Rickard Jr. and sisters June R. Arthurs and Frances C. Rickard. Also predeceased by nephew John B. Arthurs and cousin Maurice T. Hayes. He is also survived by Denise F. Arthurs and her family and LaVerne Rickard and her family. Maurice was raised in Wilkinsburg, PA prior to World War 2 when his parents moved to the East End of Pittsburgh, PA. He graduated from Peabody High School in January 1948 and was employed by AT&T. When the Korean War occurred, he took a leave of absence from AT&T and enlisted in the U.S. Navy. He served on the destroyer USS Compton DD 705 as an Electronic Technician 2nd Class, and was honorably discharged after his four-year enlistment. He returned to AT&T in Pittsburgh, PA, attended the University of Pittsburgh and was also married. He and his wife, Maryann, moved to Brentwood, PA in 1963. He graduated from the University of Pittsburgh with a Bachelor of Arts, Summa Cum Laude. He retired from AT&T as an Operations Supervisor after 42 years of service. He held an Amateur Radio License: W3YGI. He also was a member of the USS Compton Association and he and Maryann and their son and daughter attended a number of their reunions around the country. In addition, he belonged to the “Peabody Fabulous Forties” group and attended yearly reunions. He also promoted a monthly lunch for retired AT&T employees with whom he had worked. Funeral Services will be held privately. Arrangements handled by the John F. Slater Funeral Home, Inc., 412-881-4100, 4201 Brownsville Road, Brentwood 15227. Interment will be in St. Adalbert Cemetery in Carrick next to his wife Maryann.

One of the BEST in so many ways. Greatly respected and I personally owe him so much. Loved the guy! I was looking forward to see him soon at one of the lunches again that he hosted and coordinated for so long. Goodbye Moe. I miss you already!
- Dan Cush
GREAT FRIEND AND COLLEAGUE AT ATT AND WILL BE SORELY MISSED. LOVE YOU MOE !
- Dan Cush
You have my deepest sympathy in the loss of your father. We worked together at AT&T and he would pick me and John Bruno up and drive down to Neville Island to have lunch with other former AT&T employees. I will miss him dearly but just know he is in Heaven with your mother. May he rest in peace . You and your family are in my thoughts and prayers - Karen Williams
- Karen Williams