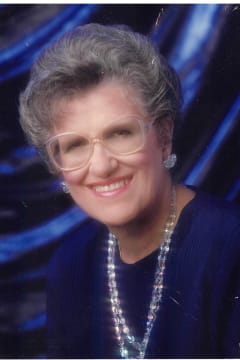 Age 89, on Sunday, January 9, 2022, of Baldwin. Wife of the late William T. Koslow; mother of the late William T. Koslow, Jr. and survived by Stephan (Janice) Koslow, Kathy (John) Coles, Karl (JoAnn) Koslow and Christine (Douglas) Soulier; daughter of the late Charles F. and Francis Koslow; grandmother of many grandchildren and great-grandchildren. Shirley volunteered for over 30 years for Meals on Wheels. She volunteered for many shows working as an usher at the Benedum Theater. Every chance she got, she was out of the house giving her time and patience to other people. Friends will be received at the John F. Slater Funeral Home, 412-881-4100, 4201 Brownsville Road, Brentwood 15227 on Thursday, January 13, 2022, from 2:00-4:00 p.m. and 6:00-8:00 p.m., where funeral services will be held on Friday, January 14, 2022, at 10:00 a.m. in the John F. Slater Funeral Home Chapel. If desired, family suggests contributions to Redemption Hill Church.